The essence of writings..

Irrespective of the age, we all experience this never ending tug of war in our walks of  life yet with no proper conclusion (rather an answer followed by a Dilemma which again brings us to the point where we had actually started our tug of war!) I recall “Vicious Circle of Poverty” in this context from Economics  “set of factors or events by which poverty, once started, is likely to continue unless there is outside intervention”. In simple language a set of factors which leads from one to another thereby forming a never ending chain!

Science says a child’s mind gets developed by the age of 5.. when a child looks at a knife , he presumes it to be some other toy and wants to play with it but in the meanwhile when a child watches his mother using that knife and gets a cut that child’s mind gives a command that playing with knife would be dangerous as it may lead to cuts if not properly handled. Still his heart is apprehending that knife as a toy and want to once play with it irrespective of the fact that the child might get hurt. Such is the tug of war which a heart and brain plays within a child so what would be the level of such fight in adults! (just imagine..)

People love their beloved from the core of their heart but at times hesitate to marry them because their brain finds some flaws or loopholes in their relationship which can be of any reason as overtly possessive, trust, nature etc. It is said that sometimes heart wins in this war and sometime brain.. but the fact is actually different.. It is that we allow with the help of logic or emotions which are the weapons of brain and heart to supercede each other. It differs from person to person who are relatively more emotional follows their heart and a logical person follows the command of their brain.. An ideal person would be who maintains a perfect balance between heart and brain where there is a win-win situation for both of them. Wisdom is the answer.. as far from my experiences till date is concerned.. But it does not gets imbibed in a day.. its a continuous process.. whatever we achieve is termed as success & what we dont is our experience.. from where seeds of wisdom starts ripening..

Arjuna in Mahabharata asked Lord Krishna,the Supreme Personality of Godhead that how can ultimately control over mind in order to stay free from this tug of war? Lord Krishna replied,”Abhyasen Tu Kaunteya Vairagyen Cha Grihete” which means by the virtue of practise & dispassion we can conquer our mind & brain.

Well there can be many other ways too but by practising this I really feel that I am on the right path of overcoming this tug of war!

Its True! All we need is to take our  first step to resolve this conventinal war! 🙂

2 thoughts on “A hustle between brain and heart..”

©Divya Tandon and kaavyarth.wordpress.com,2015-2017. Unauthorized use and/or duplication of this material without express and written permission from this blog’s author and/or owner is strictly prohibited. Excerpts and links may be used, provided that full and clear credit is given to Divya Tandon and kaavyarth.wordpress.com with appropriate and specific direction to the original content.

You are one of them!!

Whom I look forward to :D 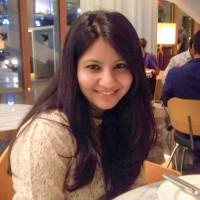 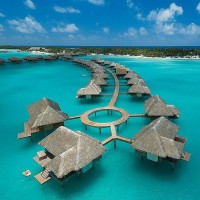 Epiphany in the Polyphony

Feeling in the diversity

let the darkness lead us into the light.

My Blog
The Pradita Chronicles

A blog on reading, writing and storytelling

Views and reviews about world events

a part of Life

The song of a heart can never be caged...